When Cigna was in the final stages of completing the integration of VanBreda International, it called on us for a way to bid the VanBreda brand farewell while engaging its audience with the Cigna brand that replaced it. Social was the name of our game. ‘Healthy’ prizes were at stake, so we dubbed the contest #myhealthie.

Facebook contest
The concept was a selfie contest for VanBreda relations pictured in healthy activities. We revived the existing VanBreda Facebook page with custom banners in the VanBreda colors and light-hearted copy, to make the campaign appear trustworthy and accessible. We created a dedicated #myhealthie tab and announced a new theme and a new prize every two weeks. In the meantime we moderated the page based on agreed scripts and posted stimulating messages to the VanBreda community to participate.
The goal was to gain as many likes as possible, so that at the end of the campaign when the VanBreda banner and names were replaced with Cigna, everyone who liked the page got an automatic notification of the switch. 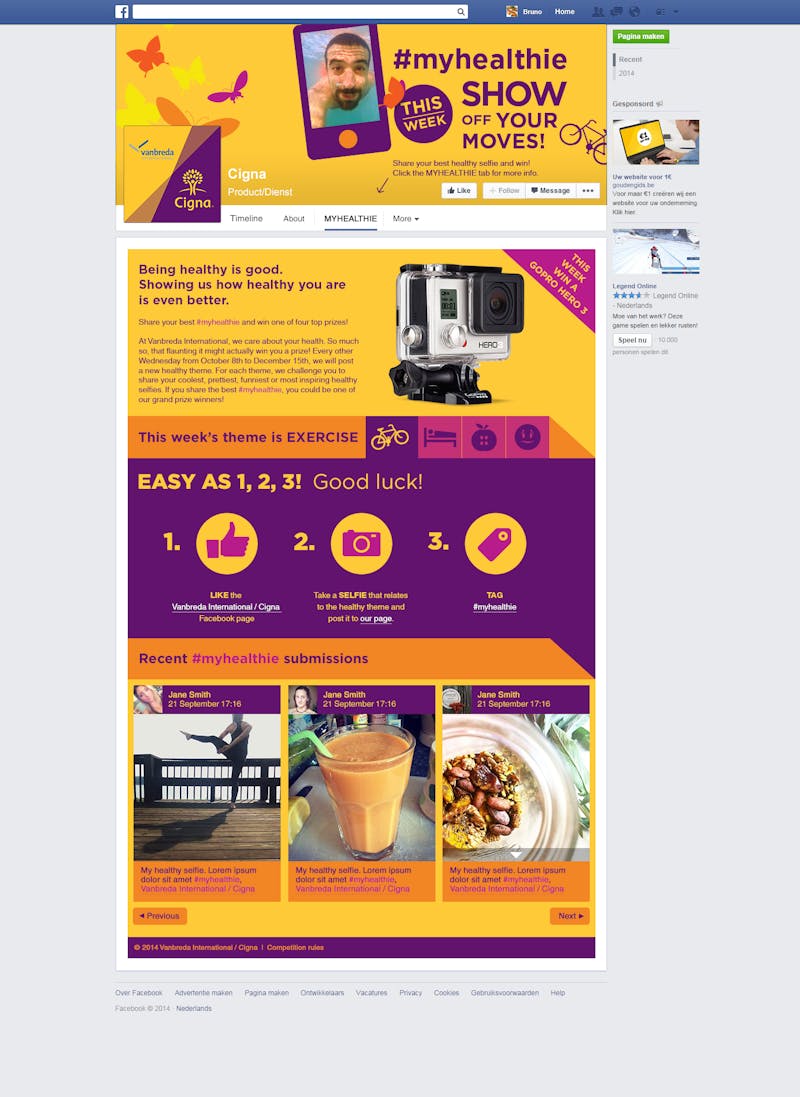 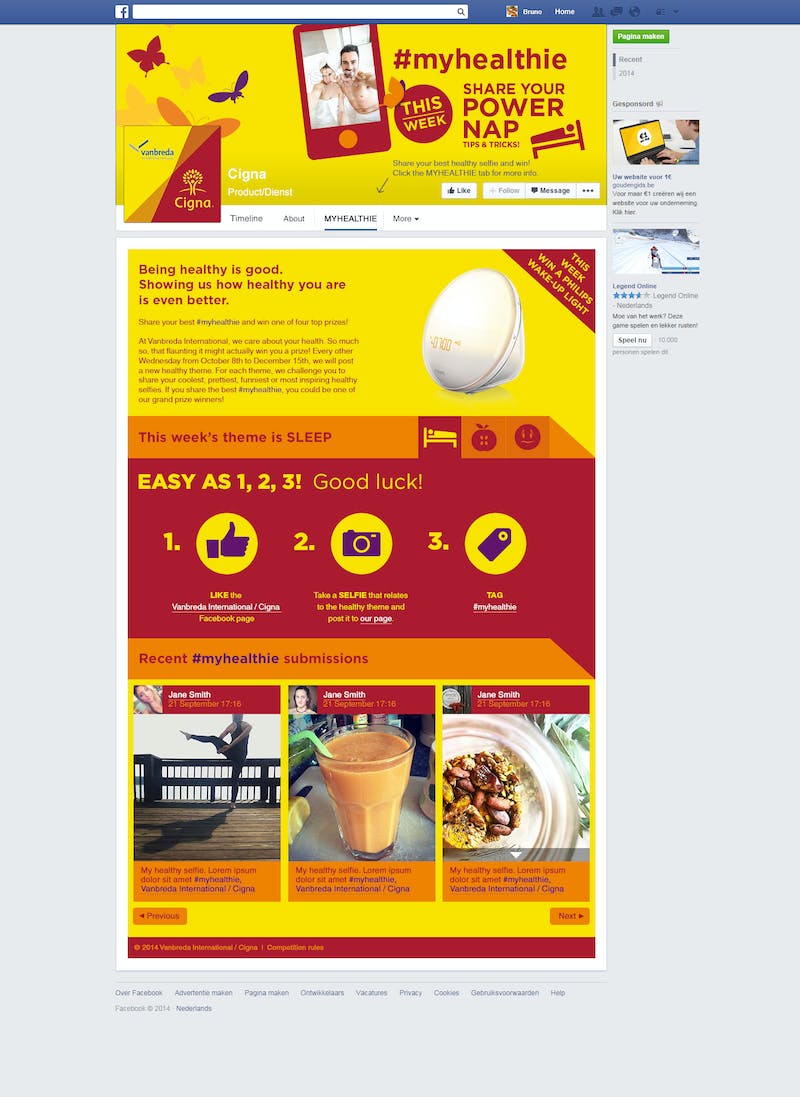 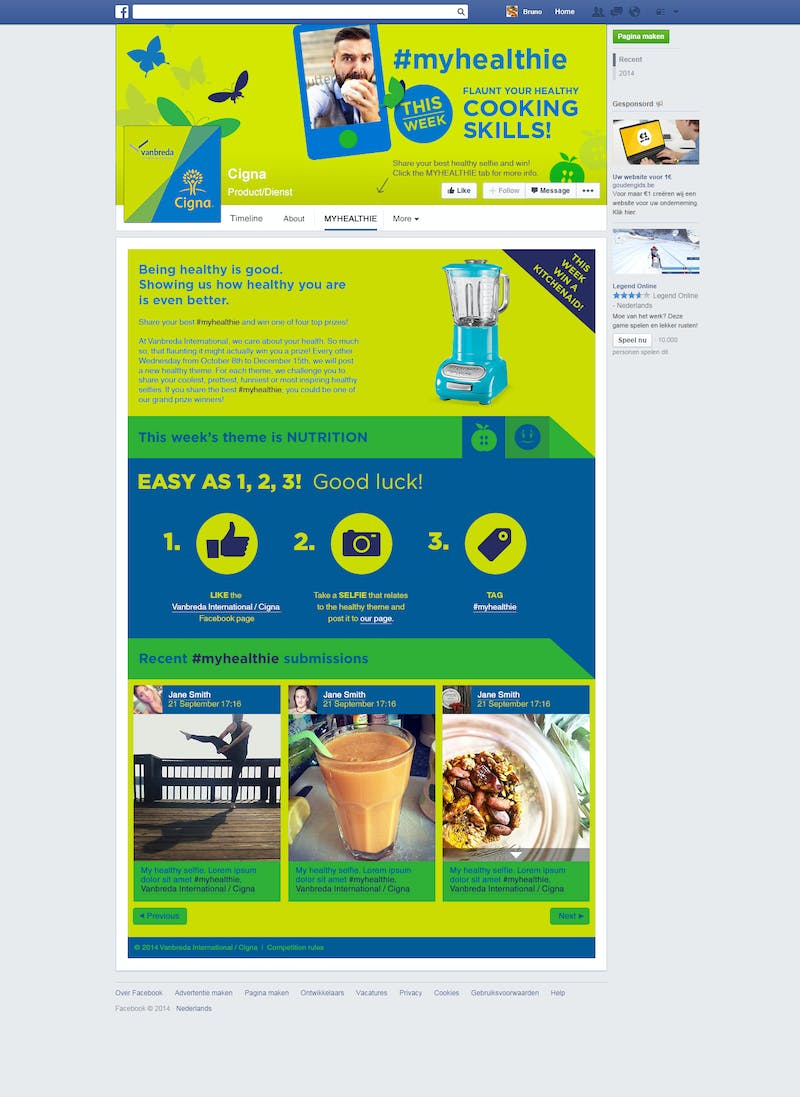 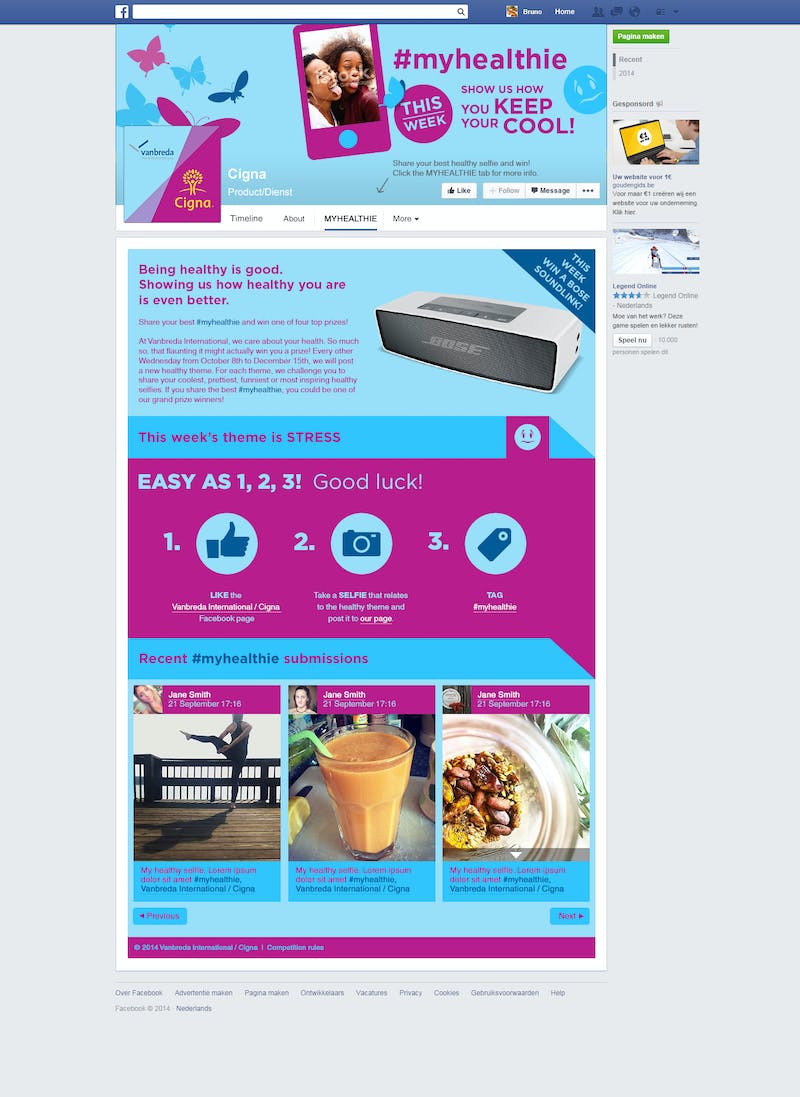 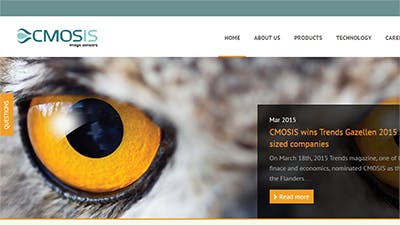 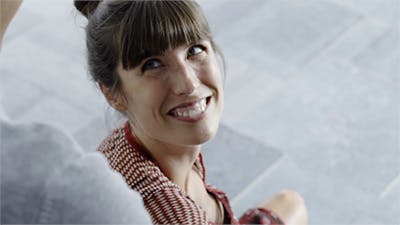 Back to Web design