When one of the largest chemical production plants in Europe turns 40, it's time to tell the story.

From several competing proposals, BASF selected B·U·T’s idea for the realisation of a new corporate video on the occasion of the Antwerp production facility’s 40th anniversary. The story features a special agent who investigates strange disappearances of everyday objects like toys, car parts, paint, tapistry, nappies, tennis strings, etc… His investigations lead him to the BASF Antwerp plant, where the synthetic materials used in these objects are produced.
B·U·T shot the video with professional actors and rented a helicopter to include air shots of the plant. The new corporate movie was shown to a prominent audience at an academic session on the occasion of BASF’s anniversary. It was regularly displayed to visitors in BASF’s conference centre. 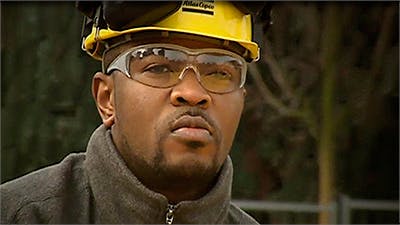