A video portrait fit for a champion

Visually celebrating the commitment of an undisputed industry leader.

To remain the global leader in compressed air technology requires dedication and commitment. The kind that turns athletes into champions. Atlas Copco felt it was time to reassert themselves as the true compressed air champion that they are.

Our assignment was to create a short and powerful image video, conveying the essence of Atlas Copco’s leadership. Since energy is the biggest cost of compressed air, we used it as the central theme, personified throughout the video by a ring athlete. After all, a ring athlete has to spend his energy wisely and optimize every aspect of his life in order to perform. Likewise, Atlas Copco compressors are designed, built and maintained for maximum energy efficiency and performance.

We filmed a real Belgian ring athlete who had participated in the Rio Olympics and combined those shots with diverse footage to illustrate both Atlas Copco’s products and their applications. Innovation, optimization and service were given special attention as some of Atlas Copco’s key differentiators. To give the video a premium feel, we rendered it in black and white and added accents in Atlas Copco blue. The result is a dynamic, high-impact image video fit for a champion. 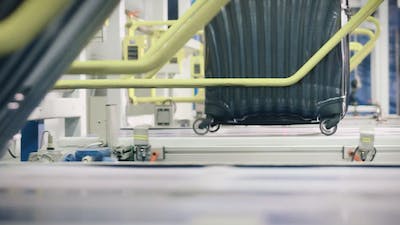 Image video for a premium product 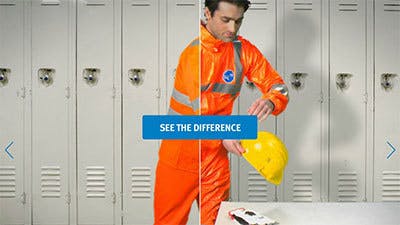